He seems polite, smart, kind and open-minded. But need to remember, when the light is brightest, then the darkness on otherside is the most intended. I wish mental violence could show its bruises! At least I could ask for justice!”

The author stated in her manuscript,

“Today I am going to write the most difficult article of my life. As a legal advice practitioner and activist, I always love to add some legal provisions and remedies in my writings. But today I am feeling powerless!  If intimate partner violence (IPV) could be possible to elaborate in a medical form, then I would say it is a treacherous disease that you can’t identify, which is not curable due to lack of treatment; now you just wait to see the precarious aftermath! It’s an invisible global health virus! If we can’t treat it socially and legally, then soon it will contaminate our socio-economic balance.” 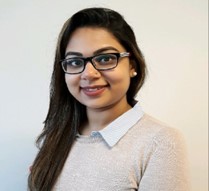 Samayra (Pseudonym) moved to Finland in the year 2014 with a lot of dreams and expectations. She dreamed of a beautiful life and expected to flourish with her full potential. She was the brightest student in her class and had a lot to give to this world. As she moved to one of the safest countries in the world, where human rights and women’s safety are prioritized, she thought now she would be able to follow her dreams. But reality hits the glass of dreams and pierces through her confidence!

“My family arranged this marriage for me. My ex-husband was 11 years older than me, graduated from one of the best universities in Finland and was employed at a big IT farm. In front of others, he was one of the gentlest people. He never raised his voice during conversations, but with a low voice, he humiliated me everlastingly “.

The Expression of Mental Abuse

“If I cried, he made mocking videos of me and threatened to publish those videos on social media to prove that I was crazy. He would set a curfew for me, and if I was ever late, he grabbed my money as punishment. This one cold winter night, he kept me standing outside our house and didn’t open the door until early morning. This was his way of teaching me a lesson for not abiding by his rules. Whatever I did, he laughed at me and said I was good for nothing. He checked my phone calls and text messages. He always compared me with other women, and he detected faults in whatever I did. He constantly bullied me in the name of jokes.”

The Contagiousness of Mental Abuse

“He constantly uttered negative statements about my family and friends, used to complain about me to his family and involved them in this bullying. He called my parents in the middle of the night and threatened them. My parents were fearful and stressed and started to be sick, but I could not even help them. ”

“I was feeling so helpless, unsafe, lonely, and panicky. He was the nicest person in public and I also used to express myself as a happy and normal person in front of others; but deep inside, I had strayed. I started believing everything was my fault and that I was good for nothing and a lousy human. I felt that if I got divorced, I would only bring only shame and humiliation to my family. “

“I lost my confidence and self-esteem. I gave up on further education and started to disbelieve in my potential. I extracted my hobbies. I used to cry in the shower and ask God why it was happening to me! Where I did wrong! Is there any rescue? Is there any edge of such torture? “

This story of Samayra is not only a social (e.g., social conditions and structures such as patriarchy) but also an economic red flag for us. Girls like Samayra could be proven as assets for our country. They can contribute to our economy and bring success to us. But every day, we are losing such talents and contributors due to such exploitations. Unfortunately, there is neither a simple definition of psychological abuse nor any source of proof.

According to a psychologist, this interpersonal violence shadows short- and long-term effects, likely trauma, sleeplessness, low self-esteem, self-harming behaviours, anxiety, chronic stress, phobias, insomnia, and nightmares, to post traumatic stress, depression, and suicidal thoughts. European Institute for Gender Equality (EIGE) defined, psychological violence as isolation, verbal aggression, threats, intimidation, control, harassment or stalking, insults, humiliation, and defamation. Finnish Institution of Health and Welfare (THL) reported nearly half of callers reported physical violence, while only one in five spoke of threatened violence or mental abuse. About one-tenth said they had been subjected to financial violence. At least 130,000 in Finland suffered domestic violence, whereas intimate partner violence has been reported in the lowest range. This is due to a lack of law and inadequacy of proof.

Now, this issue demands serious social and legal tracking with aid. The consequences of mental repression could be even more deadly than physical abuse. Cause such sort of mental health deterioration can increase crime as well as suicidal rates. If we don’t detect, object, and speak up on this, or if we fail to bring the torture under precedent, we will soon face a vicious cycle.

The main challenge is, there is no existing laws for mental violence in the form of Intimate Partner Violence (IPV). As a results, this invisible crime is dramatically enlarging in our society in daily basis. We should speak up and ask for social and mental help on this. Certainly, lack of legal actions over this violence is not obtainable yet, hence, such crime at least should be considered under the law of ‘Harassment & Nuisance’. Police of Finland (Poliisi) aware that, ‘It is always best to report any harassment or threats received – even if the incident may not be a crime.’

The claim is real! The circumstance is severe! SAMAYRAs are looking for justice!

Kinchit Reddhiman (Author of this blog text) is a born Bangladeshi who moved to Finland in year 2014. She has completed her law degree (LL.B) from her home country, and now attending her MSc. in International Law and Human Rights at Åbo Akademi , Finland. Besides her studies she is a legal advise practitioner,  socialist, activist for women empowerment, mentor, writer and teacher. She is also volunteering as a Neighbourhood Mother and mentoring a women’s group on Post-partum depression awareness and social services in Nicehearts.